West Side Electric Service’s Master Electrician, Jerry Bone, was interviewed by News Channel 5 when two apartment complexes caught on file from electronic wiring and issues related to a lack of electric panel maintenance. Both Creekwood Apartments in Bellevue and Dupont Avenue Apartments in Madison caught on fire on the same day. News Channel 5 asked Jerry what might be causing the fires.

Why Old Electrical Panels Are a Fire Risk

Jerry stated said he is not surprised about the fires occurring with very old systems. One of the complexes was built in 1971 and the other in 1976. Jerry said that these older complexes do not have the same electrical requirements as newer ones. They are grandfathered in the sense that the city can’t require them to update the entire system to today’s standards. The regular maintenance is likely not being performed and he has noticed the aluminum bus bar in these older panel often catches on fire.  The bus bar should be changed out based on the manufacturer’s specifications, but no one thinks about doing it. As a best practice, apartment owners are advised by Jerry to schedule electrical check-ups at least once a year with a licensed electrician. 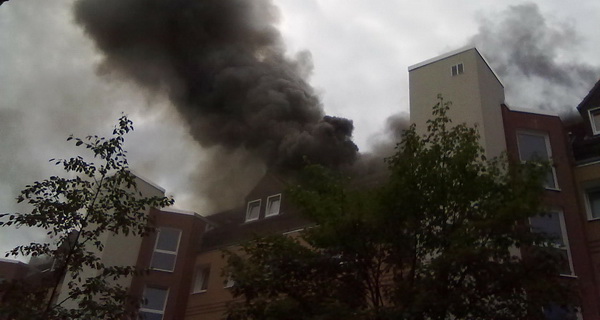 Jerry has performed regular maintenance on apartment buildings throughout the Nashville area including Antioch, Madison, and Bellevue since 1975. His goal is to keep them current and prevent fires. He noted that many of these apartments converted into condominium units. One new development is the requirement for smoke detectors along with Nashville code regulations.

To prevent future fires, Nashville’s fire marshal is making the rounds to the other older apartment communities and performing inspections.